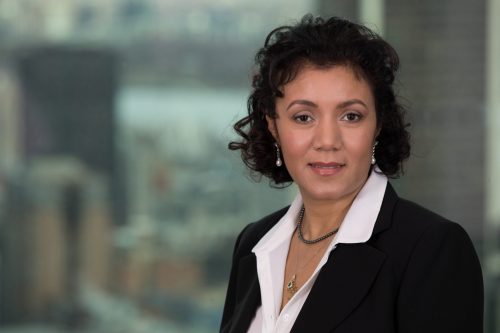 Betlehem began her career at FFMP as an articling student and has continued as an associate. Her main areas of practice include bankruptcy, insolvency and restructuring, as well as civil and commercial litigation. She has been involved in high profile insolvency matters acting for debtors, creditors and court-appointed officers. Betlehem has been significantly involved for over a decade in litigation related to the bankruptcy of Castor Holdings Ltd., the largest and lengthiest auditors’ negligence action in Canadian history. She closely works with the trustee in the bankruptcy of Castor Holdings in reviewing claims filed by individuals and institutions located all over the world.

Betlehem has experience working in complex commercial litigation files, including files relating to professional liability and shareholders’ disputes. She regularly assists clients in the implementation or opposition of claims processes, and represents banks and financial institutions, both on the lending side and in enforcing security. Betlehem has appeared before all levels of the Quebec courts.