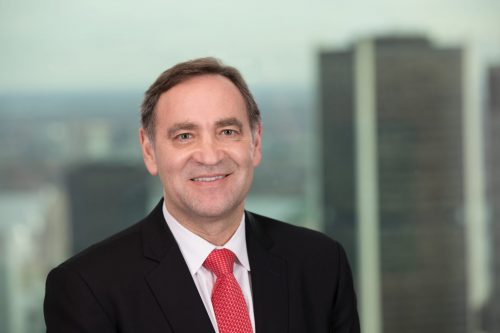 Mark carries on a highly successful insolvency and restructuring, commercial litigation, securities, insurance and banking law practice. He was one of the lead counsel for bondholders in the corporate
take-over case involving the proposed $52 billion LBO of BCE and acted for Plaintiffs in the case of Castor Holdings, the largest and longest running auditors’ negligence action in Canadian history. He is an accomplished trial lawyer who has pleaded many important cases at the trial and appellate levels, including at the Supreme Court of Canada. He has acted as counsel in some of the largest insolvency matters in Canada (many of which are international in scope) on behalf of creditors, debtors, monitors and trustees. Examples of some of his important insolvency and restructuring mandates include Olympia & York, Air Canada, Yellow Media, Norshield Asset Management, Castor Holdings, Coopers & Lybrand, Laura’s Shoppe and Wabush Mines. Currently, he is acting for the Quebec Class Action Plaintiffs in the CCAA proceedings of Imperial Tobacco, Rothmans, Benson & Hedges and JTI-MacDonald.
Mark was actively involved in the complex securities litigation in relation to Amaya Gaming, which culminated with the AMF terminating its insider trading investigations. He is currently acting on behalf of the Plaintiff in the Quebec Class Action instituted against manufacturers and sellers of opioid drugs.